The world has seen its fair share of top-notch chefs, and it isn’t unusual to find a fantastic chef seemingly out of the blue. Chefs work long and hard to attain such a level of fame, and their consistency isn’t to be underrated. Some of the world’s best chefs hail from Asia, and among the finest of them is the excellent Chef Masaharu Morimoto, a Chef that seemingly outdoes himself with every dish prepared. This master Chef has been the leader in the mainstream for a couple of years, and that hasn’t stopped him from working wonders in the underground, developing a cult following. Chef Morimoto has many things to envy in a Chef, and his cheerful demeanour makes him one of the more approachable master chefs out there.

Here, we will be looking at the things that make Chef Masaharu Morimoto so loved, we will be checking out a few things that you won’t see on TV, and we’ll be prying into the mind of a culinary genius. We will give a clear description of the chef, his rise, and how he got into the culinary industry. We will also discuss his unique way of cooking and the effect it has had. Furthermore, we will look at the most popular restaurant among his chain of top-notch culinary spots; we will also tell you why it’s worth travelling to. So without further ado, let’s get to analyzing one of the masters of Japanese cuisine. 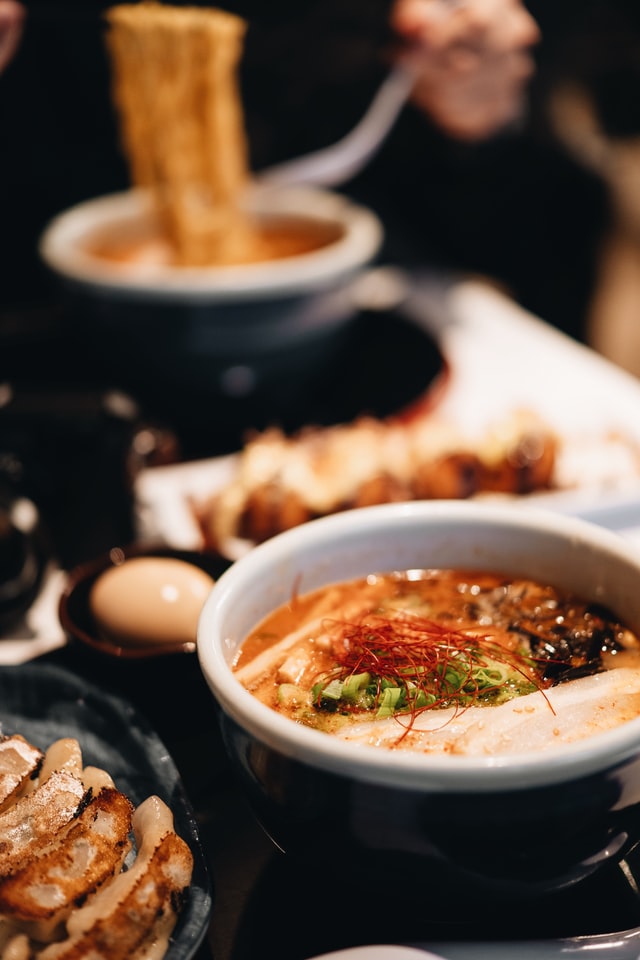 Iron Chef Masaharu Morimoto was born in the city of Hiroshima in the year 1955. He grew up in a working-class family, with his parents working long and hard to make ends meet. Young Masaharu wanted to contribute to the financial aspect of the household, and that was how he picked a unique interest in cooking. During his teenage and early adult years, he “received practical training in sushi and traditional Kaiseki cuisine in Hiroshima.” It was there that Chef Masaharu Morimoto learned the ropes and saw the culinary industry as a reasonable means of achieving his wildest dreams. Thus, at the age of twenty-five, he gathered his savings and a couple of contributions from his closest friends and family to open his first restaurant in Hiroshima. He did quite an excellent job in that restaurant, achieving plaudits for his attention to detail and mastery of sushi and other parts of the Japanese cuisine. However, Masaharu Morimoto had one big dream: to own restaurants and cook in the United States of America.

Thus, a mere five years after opening his restaurant, he sold the budding business and used the proceeds to travel to the United States of America. When he got there, he proceeded to travel around the country, soaking up the culture and learning how to fuse it with his Japanese heritage. After this, he moved to work in some of the most famous restaurants in Manhattan, eventually landing a gig as the head chef in Nobu. At Nobu, he achieved nationwide fame as a member of the hit cook show Iron Chef, where he was one of the top members. After the conclusion of the Iron Chef gig, he then proceeded to establish his restaurant in Philadelphia, fulfilling a lifelong dream. Due to the success of this restaurant, he then moved to open branches in New York, Mumbai, New Delhi, Napa Valley, Hawaii, Maui, Tokyo, among other pristine locations. 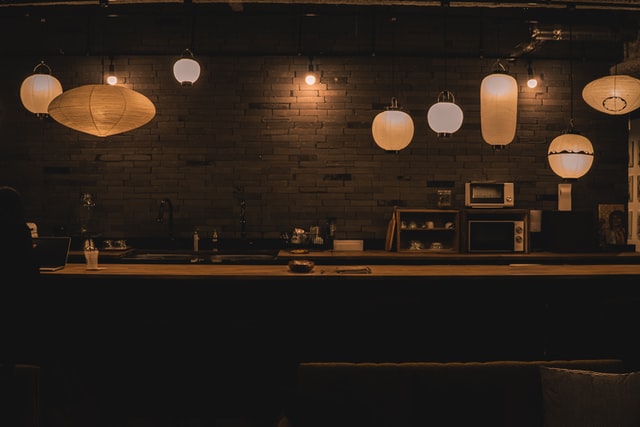 Chef Morimoto is one of the most dynamic chefs around, as he came from seemingly nothing to establish himself as a power player in the culinary industry. He appeared on the hit show Iron Chef Japan and the more widely distributed spinoff Iron Chef America, and he was renowned for his ingenuity and fusion dishes. Asides from Iron Chef, Chef Masaharu Morimoto has also appeared on Hell’s Kitchen USA, Top Chef, Masterchef Italia, Hawaii Five-0, MasterChef, and Binging Babish. He has been inducted into the Culinary Hall of Fame Induction for his outstanding feats in the culinary industry.

His Most Famous Restaurant

Chef Masaharu Morimoto didn’t earn the title of master chef by simply doing nothing; he made the tag thanks to years of hard work, ingenuity, and the ability to open numerous top-notch restaurants over the world. Chef Morimoto’s restaurants are amongst the best on the planet, so it was almost a Herculean task picking the best one. However, after extensive research and weighing each against one another, it only fits that we single out the Morimoto Napa for extra praise. This iconic restaurant is a cynosure of most eyes and a favourite of most taste buds. There are various reasons why Morimoto Napa has achieved such worldwide fame, and we’ll be taking you through some of the essential features.

The first thing to admire about Morimoto Napa is the food. The food in this exquisite restaurant is pretty top-notch, as you can pick from either a Japanese or American menu. Everything about the Morimoto Napa’s menu is top-notch, including versatile appetizers such as the Toro Tartare, Mochi, Hamachi Tartare, and the Tuna Pizza.

The next stop is the service, welfare, and general restaurant decorum. The Morimoto Napa is a staple of top-notch service. The restaurant attendants pay attention to detail and ensure that the attendees have no reason to regret paying a visit. The service is prompt, proper, and primarily designed to cause as few inconveniences as possible. 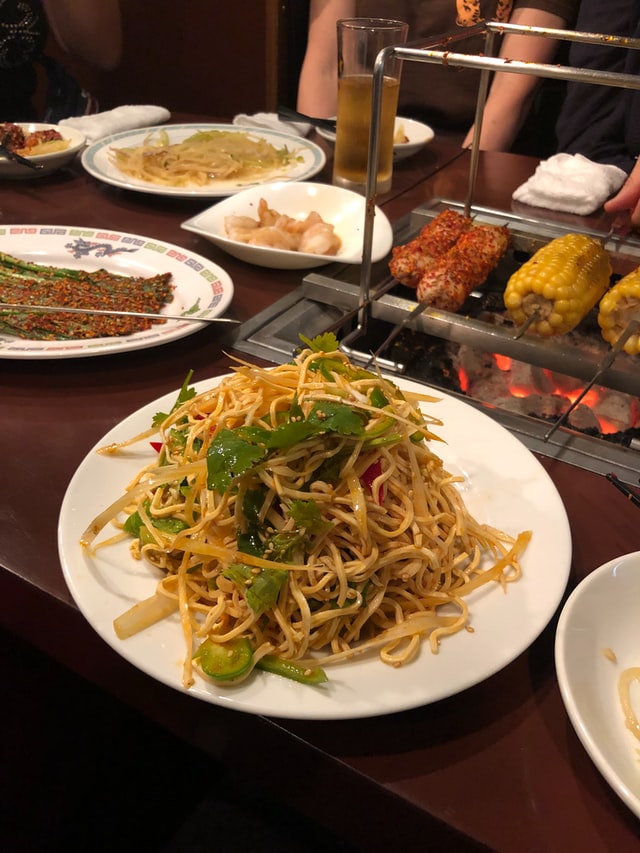 Finally, the atmosphere is the atmosphere, as put Morimoto Napa does the most and calibrates the best vibes. This restaurant is known for being located in one of the best bases known to the culinary industry. Restaurant attendees always have something good to say about the scenery and don’t let me get started about the neatness and diligence that Morimoto Napa exudes.

Chef Masaharu Morimoto has seen it all. He is well-travelled, well accomplished, and well educated in the culinary arts. The chef has touched numerous lives with his advanced knowledge of Japanese fusion. He has been a staple on television for decades, and he’s showing no signs of slowing down. He has over a dozen top-notch restaurants situated in the biggest cities in the world, and he’s always looking for another diversity opportunity. That’s not bad for a young man from Hiroshima that only wanted to travel to America, as now his dishes are making people from all over the globe travel to Morimoto’s.

“Must” Experiences in Tokyo for When The World Reopens

Fun Family Vacations During The Pandemic & How To Make Them Possible

5 Most Romantic Spots In Dubai

How To Realign Your Skincare Routine In The New Normal

5 Superfoods To Help You Get Through Winter

Combining Body Language With Style: 5 Ways to Draw Attention to Your Hands

Fascinated By Colored Lenses? | Types To Add In Your Eye Styling Kit

What to Do If you’re Feeling Lonely in your Relationship