Although today was only the fourth time I went to see my psychologist, I feel like I’ve been going more than that. Not sure if that’s good or bad but it doesn’t really matter, I guess…

Last night I broke down again and I told her all about it. Basically, I was fine all day and then, all of a sudden, I just broke down. I don’t even know why it just happened. While I was making dinner I felt horrible. Not just horrible or down, it was much more than that. Again, I just wanted to end it. Once again, I was hopeless. I didn’t feel like this pain would ever stop and I wanted to do something about it. Alone at home, I didn’t know what to do. Nobody was available and I had no one to talk to. Fortunately, there are good people. I know it’s probably completely random but I wanted to speak to someone who doesn’t know me. Eventually, I just called one of my contacts on Facebook. We talked about what life means and why I should keep fighting. Eventually, I felt a little bit better and I went to bed to watch something. However, before that, I just wanted to kill the pain and I did what I usually do – I overate and made myself sick afterwards.

The psychologist told me that I should just acknowledge the fact that I did what I did. What matters is that I’m actually still alive. I might do other things that cause me pain, yet, at least I’m trying to do them less. Recovering from depression, anxiety, bulimia doesn’t happen overnight. Of course, I know that but I was hoping that I’ll be feeling a little bit better by now. I told my psychologist that I’m getting very scared that these emotions are not just a period that will pass. I’ve forgotten what it feels like to enjoy the things I used to enjoy. Again, I was reminded that I’ll eventually pass this stage. We discussed the treatment again and the dose might be too low.

We also talked about this constant anxiety I have. I keep feeling anxious about everything. My heartbeat goes up, I’m starting to sweat everywhere and I can’t breathe. It turns out I’m actually more scared than anxious. I’m just constantly thinking about others and how I’ll be seen through their eyes. This constant worry eventually turns into fear. Gladly, I’ve started to do things that make me scared. I’m working more, cooking more, speaking to people I don’t know and going out more often. Yet, it’s still so difficult for me. I just don’t have any confidence in myself. Furthermore, I feel worthless. I just can’t forget how I’ve treated all the people around, my ex especially. Overall, just a horrible human being…

The psychologist told me that nobody is just good or bad. We all have both sides. What’s important is if we regret our actions and if we’re trying to change. We discussed my past relationship again and I told her how awful I feel. She told me that, although different, we’re actually quite similar with my ex. Apparently, if one of us didn’t care, the other wouldn’t even respond to any sort of provocation. If we weren’t similar, one of us would just give up. We wouldn’t even last a year if we didn’t truly love each other. That was actually really important for me to hear because I keep blaming myself for everything. I need to stop but I don’t how. I can’t imagine my life without that person. It’s not just about being by myself. Although I did and said horrible things, I felt complete with that person. I’ve never felt like this with another person…

I told my psychologist that I do think I’m a horrible person. There’s no point in my existence because I might do this again to someone else. The thought of hurting another human being and ruining his/her life is devastating. My psychologist told me that I’m not a bad person because I actually think about these things and the consequences. She also told me that saying and doing horrible things don’t make a bad person. Apparently, being passive-aggressive is worse. It’s actually better to express your feelings. By expressing my feelings and emotions, I don’t hide and I’m just being myself. The psychologist actually used the word ‘authentic’. I’m being authentic. Also, if I were a bad person, I wouldn’t cook or clean at home. I would the situation in my advantage and refuse to do anything. However, I keep cleaning and cooking even though I’m exhausted and get nasty comments.

We also discussed my blog. I send her a link the previous day and she said it looks amazing. Very professional and clean. Not only the design but also the content. She also told me that I’m very creative and I’m doing an amazing thing by sharing what I’m going through. Also, I should be very proud of myself and never give up on my blog. Right now, it seems that I’m getting support from everybody else but my family… I was working the other day and I got laughed at at home because, apparently, my blog is not work…

Anyway, I’ll keep sharing these sessions and my treatment because it’s important for me to help other people. For a long time, I’ve felt alone. I don’t want other people who are going through the same or worse to feel alone. It’s a horrible thing and even if there are people around you to help, it’s still not the same. They are not going through the same thing and you can’t expect them to understand. However, you can still appreciate their willingness to help you! 😊

My Visit To The Psychologist: Part II 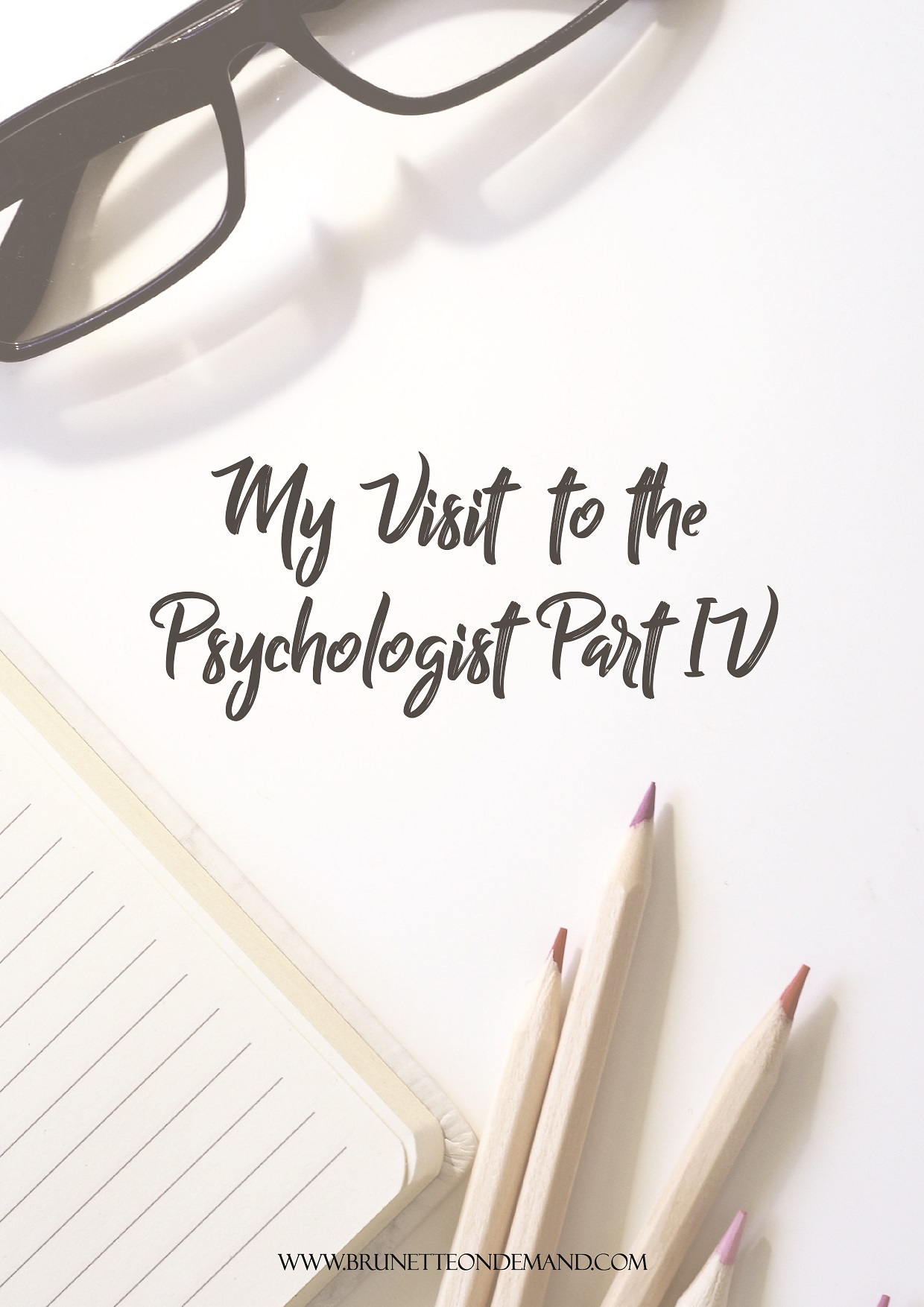 How To Arrange For A Superhero Themed Party

Purpose Jewelry | 8 Ways to Raise Fund With Your Jewellery

Chef Morimoto Restaurants Worth Traveling To

Are Stinging Nettles The New Superfood And How Do You Get Them Into Your Diet?

Organic Nutritional Supplements | Step Up to Plate and Change your Life