This week I met my psychologist on Thursday afternoon for a catch-up. There were some ups and downs during the week that I needed to discuss with her.

Something quite disturbing happened to me but it wasn’t the first time. I guess I would say I’m already used to such things happening to me. Some people would say I’m naïve, yet the psychologist said I’m nowhere near that description.

What she did say, however, is that I shouldn’t always trust people. It doesn’t matter if I’ve known them for a long or short time. At first, people may seem genuinely nice and friendly and you’d want to be around them and help them. Then, as soon as they feel comfortable to remove the mask they’ve been wearing, their true identity is revealed. Sometimes, we might see a better person behind that mask. Other times, a darkness is unveiled.

Needless to say, I saw the dark side of somebody.

Was I shocked? No. Surprised? No. Disappointed? Yes!

It’s just quite disappointing to find out that people you’ve thought you’ve known can show their true colours and try to cause you harm. Either way, I’m just glad that I still have people around me that I can trust. This in turn, gives me the strength to move on quite quickly. Before, when I’ve been in situations when someone has caused me emotional, mental or physical harm, I wasn’t able to move on and forget about it.

On the contrary, I was a complete mess. I cried, shouted, threw things, had nightmares, sought revenge… Now, however, I just accept the situation and try to do my best to minimize any further damage that I might cause to myself. I have this ideology that when someone hurts you intentionally in any way, they don’t think they’ve done something wrong. Quite the opposite actually, they’ll try to put the blame on you. When this happens you have to choices – either accept the situation and move on as quickly as you can or continue dwelling on your misfortunes.

If you decide to take on the first route, the process of moving on might be slow, difficult and even painful. Yet, at least you will know that you’ve already made the first towards recovery – be it emotional, mental or physical. You’ll just know that one day you’ll wake up feeling not only better but stronger. On the other hand, if you decide to go towards the second route – dwelling on what happened to you – then you’ll just cause further damage. Unfortunately, I was one of those people… Only recently, I’ve finally realized how much pain I was causing to myself. Most of the people who hurt me don’t think about what they’ve done to me. They might not even regret it. Actually, they’ve probably already forgotten about it. Yet, I’ve been constantly thinking about them and their actions towards me.

What has this caused?!

Pain and distress which have caused many sleepless nights followed by nightmares. I don’t remember the last time I had a good night sleep… It’s been ages, probably 5 or even more years. This, in turn, affected me emotionally, mentally and psychically. My whole life I’ve let people not only hurt me but control me. Control my past, present and future. Control my emotions and body…

Do I want to spend another 28 years of my life letting people hurt me so irreversibly?!

Gladly, I’m finally realizing these things. I told my psychologist that the whole combination of medication, therapy and facing a struggle each day is starting to give me hope. Slowly but surely I’ll get myself out of this dark hole I’ve put myself into. Then I’ll also be able to be stronger for the people around me and those in need.

For the past two weeks, I’ve shown huge improvement. Even though I’m exhausted, I keep doing the things I have to do. Most importantly, my bulimia is basically non-existent and I hope I keep it that way. Moreover, I sweat a lot less when I go out, meaning I’m getting less anxious and scared. Needless to say, I’m very happy that I don’t look like I’ve peed myself anymore!

At the end of the session, the psychologist said she’ll send me a mood scale. Every day I’ll fill in the scale in the morning, afternoon and evening. From 1 to 10 (1 being least happy; 10 – happiest) I’ll evaluate my mood to see what the average is for the day. This, in turn, should help me become aware of my emotions and take control of them.

Let’s see how it goes!

Wish me luck and until next time! 😊

My Visit To The Psychologist: Part IV 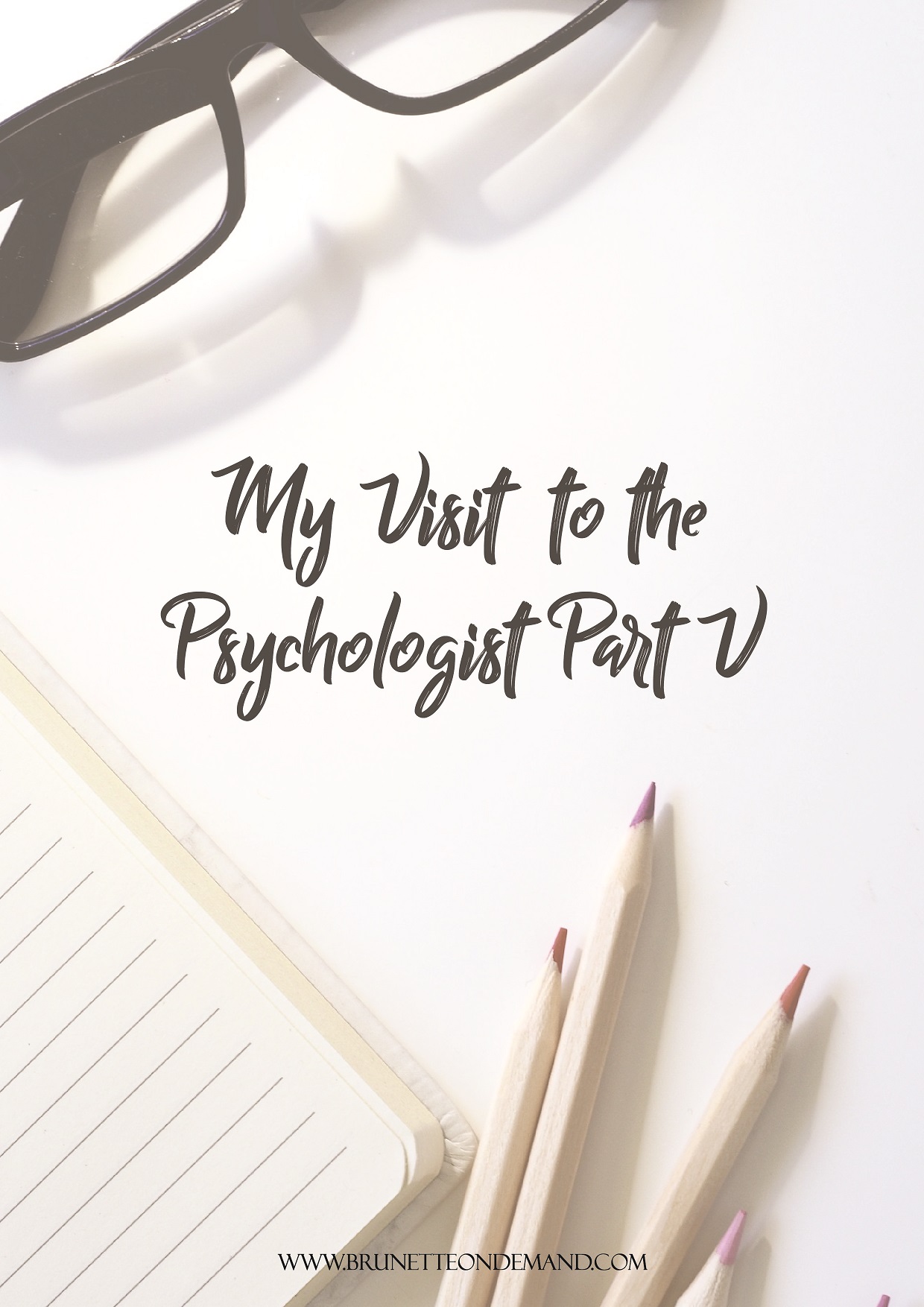 “Must” Experiences in Tokyo for When The World Reopens

How to Take Care Of Those Big Beautiful Eyes

A Gift To Remember: Occasions To Present Diamonds To Your Loved Ones

4 Exciting Activities To Do This Summer In The Lake District