Yesterday was my name day (yes, we celebrate our names in Bulgaria! J), so my father took me to a nearby village to meet some of his friends. We went to a village near Plovdiv. I met the nicest family. The house we went to was absolutely amazing. I also saw the most amazing garden, seriously!

My father’s friend took us to the near church, where I actually prayed. I haven’t done that in ages but I sort of felt the need to do it. I felt the need to believe in something. The wife and his daughter even sensed that I was in deep pain, even though I didn’t show it. Actually, they made me hug a tree! I didn’t feel better but I guess they can get a sense of something when they hug the trees.

Anyway, I cried. I had a very deep conversation with the daughter about her little baby girl. She told me her incredibly sad story and her daughter is the only thing that gives her point in life. And let me tell you, that baby is absolutely gorgeous – a little sweet angel with huge puppy eyes!

Now onto the main part of this blog post!

Today was the first therapy session with the psychologist. Luckily, her office was right across the street, so I went there in my pyjamas! Lol, no, I didn’t do that.

I explained what happened with the psychiatrist, although she already knew enough. For one hour we briefly went through what happened to me and why I feel like this now. She asked me when the first suicide attempts started happening.

The first one was during my second year at Uni and I was living with literally nothing. My father could only pay for my rent and some food. I had £20 per week for food and all of that was going for wine and crisps. I didn’t have money to go back home, so I was left alone during the summer. I couldn’t take it… The misery, the pain (both physical and mental). I had panic attacks every night for 2 months… On top of that, I had some health issues. I had absolutely no one to turn to, so I took some pills, hoping I could die. Unfortunately, they only made me sick, nothing else.

Then, after my second year at Uni, I couldn’t find a placement. I really tried everything but I couldn’t find one. All of the people around me had their placements, but I didn’t… I felt so worthless and stupid. I was constantly thinking of how disappointed my father was going to be. Every single time I was at the train station, coming back from yet another interview, I was so tempted to jump in front of the train… Then it would all end. Still, I didn’t do it.

The psychologist then asked me about my previous relationship at Uni.

I was with this guy on and off for years! He was a nice guy but it was a seriously toxic relationship. It wasn’t going to be like that but I caught him cheating. It was just once but it enough for me to develop major trust issues. I was looking through his phone, his laptop, his chats. He was chatting with so many girls, making it look like his single. I got angry, I wanted to make him suffer, so I cheated too. Just once. It didn’t make me feel better but he started treating me even worse. Once I went to visit him and we had an incredibly passionate night. I woke up the next morning only to find out that he’s gone to work. I got a Viber message saying that it is over between us and I should be gone by the time he’s back from work. It was like that on and off for years. He was going missing for months, then coming back. It was my fault but I couldn’t live without him, I was that needy.

What about the current relationship?

Well, there’s no current relationship, I think it’s over.

Whenever I was in one of my ‘moods’, I was behaving very badly. I screamed and shouted at him. I called him names, threatened him. He actually thinks I’ve cheated on him and that I’ve used him. He’s actually scared, I don’t completely understand why. He is a strong guy, I can’t believe he would be scared of me.

Why did you leave the UK?

We had to literally get the next plane tickets and get back here. His father was and probably still is furious. My ex-partner family has been supporting us for the past 3 years and when we couldn’t find something abroad, things got worse. I got worse, I started smoking weed, I started drinking and I made him and his brother do the same. I don’t think I was forcing them as they looked like they had fun but maybe they were scared?

So what is the relationship now?

It’s non-existent. I tried to speak to him but he is too angry to listen. He feels used and has nightmares. He says that he doesn’t want to care about me anymore and wished me luck. I wished him luck back and blocked him – phone, emails, social media. It was very painful for me, I didn’t understand how can someone be so cold.

The psychologist: ‘From what you’ve said, there were plenty of chances for him to leave. Even though there were threats and things thrown at him, there is no excuse for him not leave. If he decided to stay next to you during these 5 years, then I highly doubt it is because of his humanitarianism. I think you’re soulmates and you should be together.’

Well, that’s what I thought, that’s what I told him with tears in my eyes before leaving. He responded with the same and I thought his eyes were saying everything. Now, he doesn’t want to see me, he just says take care and that’s it. So I just blocked him. My father doesn’t want to see me crying and having panic attacks every single time he texts me.

What do you want to do?

I don’t know. I have no strength, no motivation, nothing. I wake up and I’m scared. I go out and I’m sweating and can’t breathe. I just can’t take it anymore.

He used to be very abusive. Beating me until I was 14. Afterwards, he just kept abusing me emotionally. Whenever I was coming back to Bulgaria for a break, I used to make myself sick just so I can lose weight and make him proud. And I still do it, I’m still bulimic. I think I’m fat and ugly. I don’t know how to stop but since I’ve been here I haven’t made myself sick.

She passed away 3 years ago. I’ll always blame my father. He wanted her to be slim and perfect, so she had this gastric band operation. It turned out horribly wrong. She spent 6 months in the surgery with drawings in her stomach. She developed hernia and couldn’t live her life anymore. She spent the rest of her life at home. My father was horrible to her. Screaming, shouting… Some of the things he doesn’t remember or so he says.

The psychologist invited my father over and we chatted for a few minutes. She explained to him that I need support and it will take a lot of time and effort to get better. When my genetic test is back, we’ll have another session. Before that, she asked if we had any animals. I said that we have two cats but my father has taken them somewhere and I haven’t seen them yet.

She asked my father why and he told her that their health is very fragile at the moment and my situation could make them feel worse. The psychologist didn’t quite understand the reasoning behind his statements but asked him to think about bringing them back.

Tomorrow I’m going to have my psychological test and I’ll let you know how it went!

P.S: I really want to see my cats! 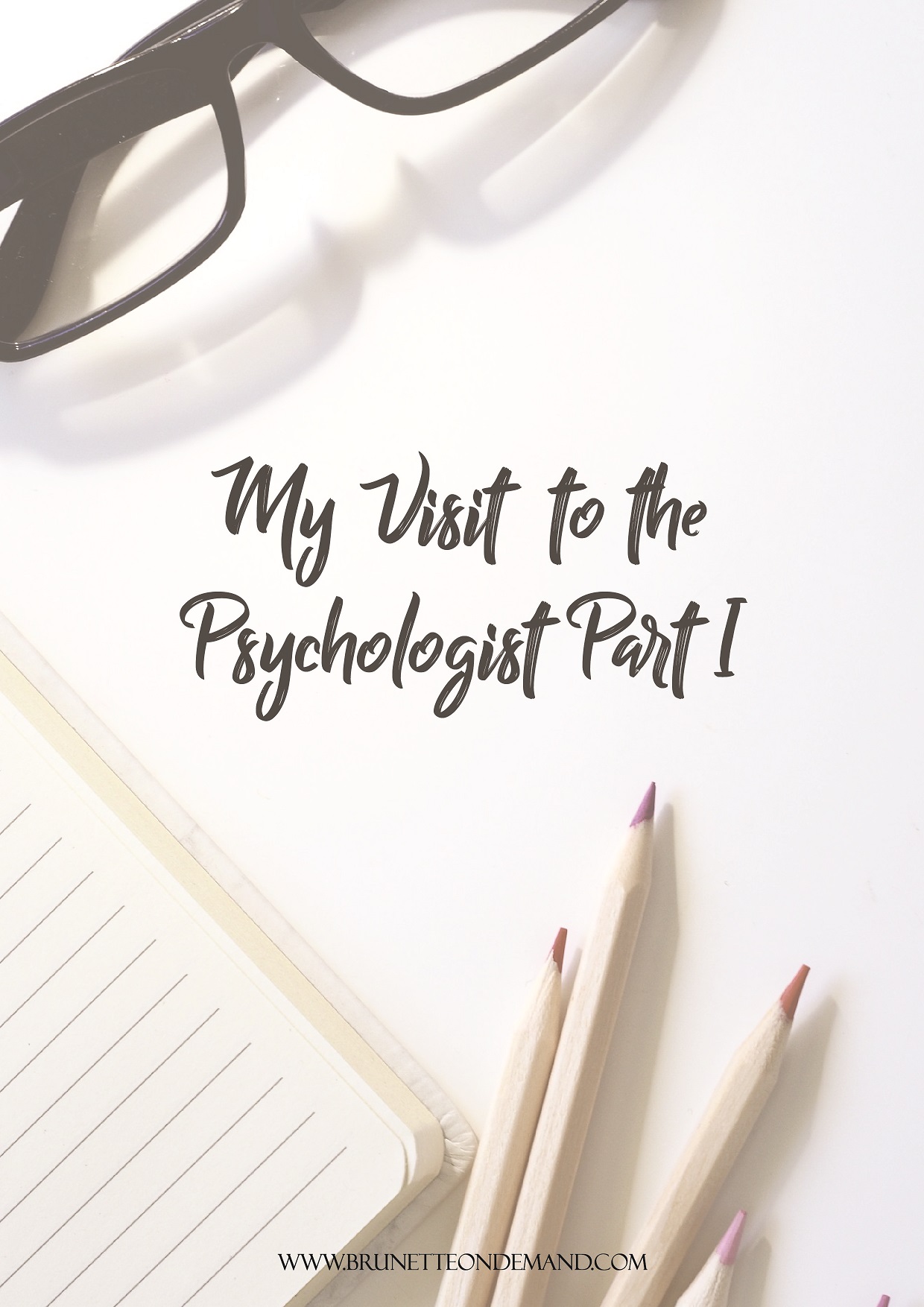 How to Take Care Of Those Big Beautiful Eyes